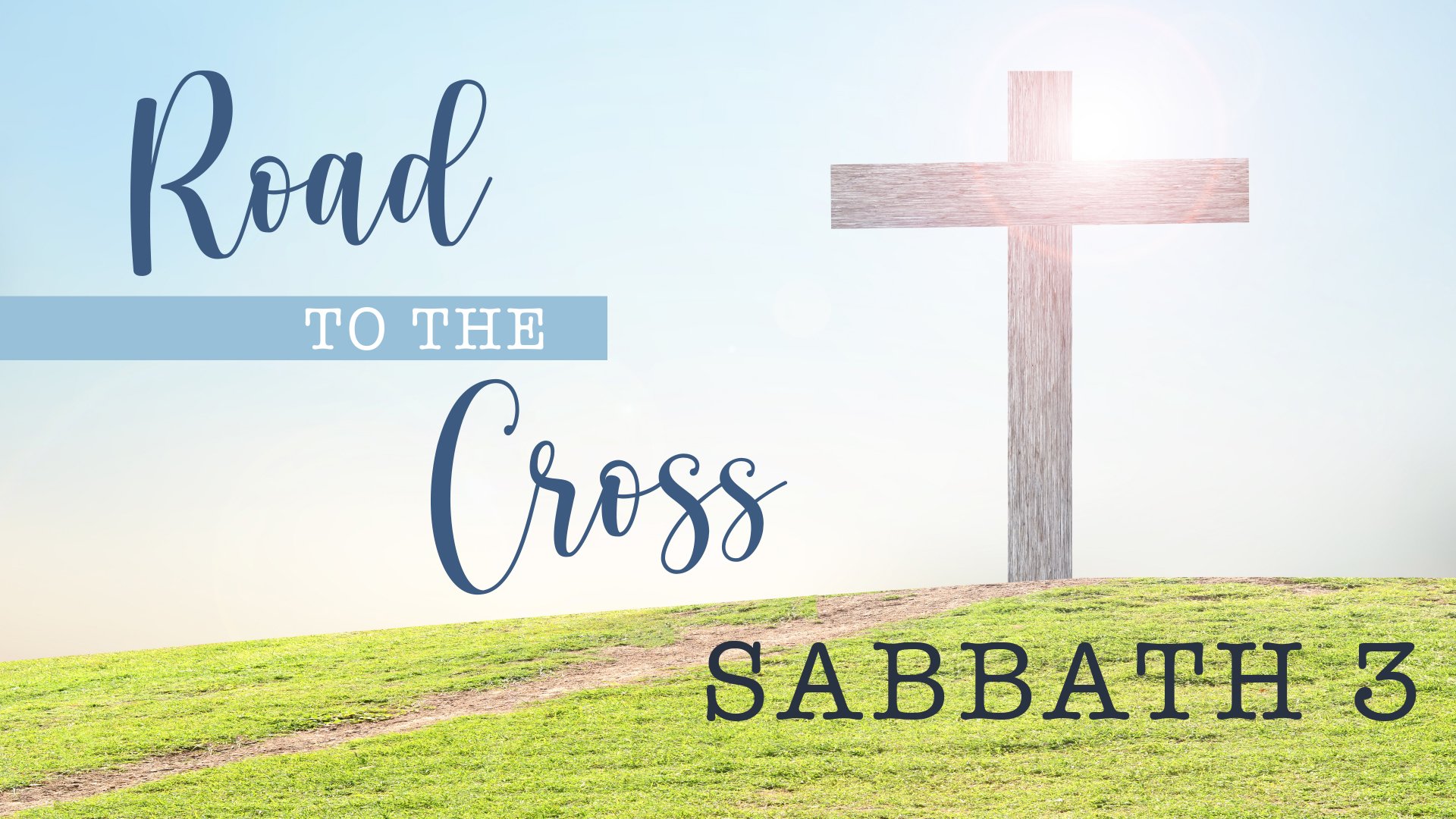 “One Sabbath He (Jesus) was going through the grain fields, and as they made their way, His disciples began to pluck heads of grain. And the Pharisees were saying to Him, ‘Look, why are they doing what is not lawful on the Sabbath?’ And He said to them, ‘Have you never read what David did, when he was in need and was hungry, he and those who were with him; how he entered the house of God, in the time of Abiathar the high priest, and ate the bread of the Presence, which is not lawful for any but the priests to eat, and also gave it to those who were with him?’ And He said to them, ‘The Sabbath was made for man, not man for the Sabbath. So the Son of Man is lord even of the Sabbath.'” – Mark 2:23-28

As we celebrate the third Sabbath on our road to the cross, I would like to offer two thoughts from these verses above. This is just one of many clashes Jesus had with he Pharisees when it came to Sabbath observance. They consistently criticized Him for helping and healing people on the Sabbath. On this particular occasion Jesus gives some much needed insight into the purpose of the commandment and, a little insight into His role in it.

First, we need to understand that even the Sabbath can become a burden to the zealous follower of God. It is always a problem when the religious ritual or practice outshines the God that it is supposed to glorify. Suddenly our relationship with our heavenly Father becomes tethered to regulations and laws, and the Sabbath becomes another rule to keep rather than a refreshment to receive. Jesus is correcting the common misconception of the Pharisees of this commandment and others…these are given “for” you…to help you…not the other way around. To be clear, Jesus did not say that we should not observe the Sabbath. In fact, He observed Sabbath regularly. He was pointing out that things can get out of focus quickly when we get too legalistic and lose sight of our gracious God.

A second insight is of Jesus Himself. He, the Son of Man, is Lord even of the Sabbath. What does this mean? By saying that He is the “lord” of the Sabbath, Jesus is declaring that He is the Master, Author and Caretaker of the commandments. Jesus is letting these religious leaders know who is in charge and, that He will be the One to decide who is keeping the commandments and who is not. This did not sit well with the religious leaders. The very next verses (Mark 3:1-6) Jesus heals a man on the Sabbath and the Pharisees and the Herodians began planning how to destroy Him.

So, for us today, I encourage you to take a Sabbath…a deep breath…and don’t get wrapped up in questioning if you are doing it right. Know that the God who made you wants you to enjoy today and be refreshed. If that happens, you’re doing it right : ) Rest in the fact that Jesus will be the judge on these things and He is a gracious compassionate Father.

One Reply to “Third Sabbath”