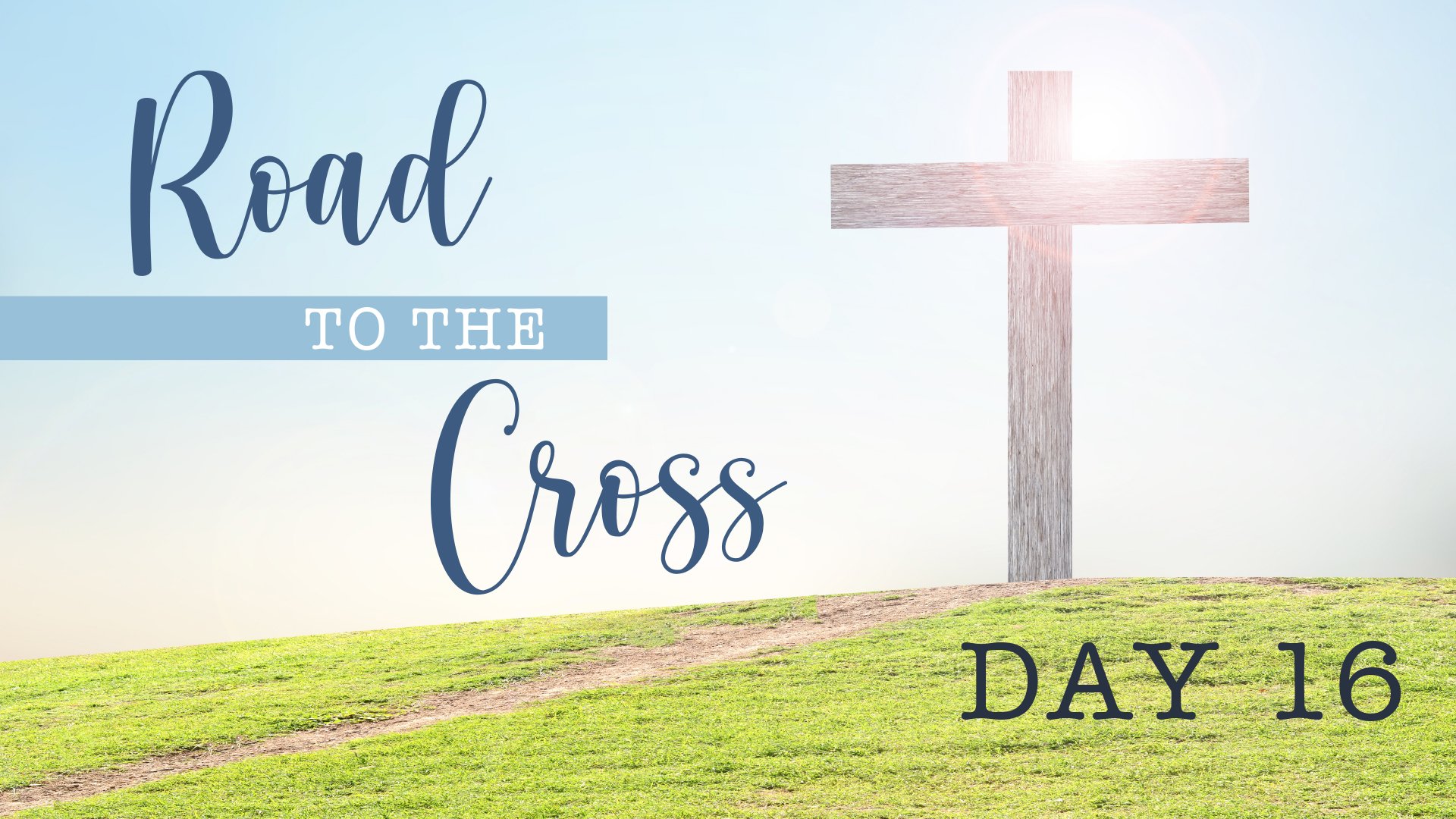 “And they came to Jericho. And He was leaving Jericho with His disciples and a great crowd. Bartimaeus, a blind beggar, the son of Timaeus, was sitting by the roadside. And when he heard that it was Jesus of Nazareth, he began to cry out and say, ‘Jesus, Son of David, have mercy on me.’ And many rebuked him, telling him to be silent. But he cried out all the more, ‘Son of David, have mercy on me!’ And Jesus stopped and said, ‘Call him.’ And they called the blind man, saying to him, ‘Take heart. Get up; He is calling you.’ And throwing off his cloak, he sprang up and came to Jesus. And Jesus said to him, ‘What do you want me to do for you?’ And the blind man said to Him, ‘Rabbi, let me recover my sight.’ And Jesus said to him, ‘Go your way; your faith has made you well.’ And immediately he recovered his sight and followed Him on the way.” – Mark 10:46-52

Our group on the road to the cross is getting bigger. As we pass through the city of Jericho those following have become a “crowd” and it will grow by one more…a blind man healed on the roadside just outside of town. They are on the final leg of this journey to Jerusalem. The next stop will be the suburbs of the Capitol city on the Mount of Olives .

Suddenly there is commotion on the fringe of the group. Someone is shouting at the top of his lungs. The volume increases as those near the man try to shout him down, “Be quiet! You are making a scene.” When the pleas of the blindman get to the ears of Jesus, He brings the whole crowd to a halt…He stops. This is not uncommon in the ministry of Jesus. It is hard to count how many times that He “stopped” when He was on His way to somewhere to do something. It was characteristic for Jesus to make time for those who reached out to Him no matter how busy it seemed that He was. For example, when He was on His way to heal Jairus’ daughter and a desperately sick woman touched His robe…He stopped (Mark 5). Walking down the crowded street of Jericho there is a man hidden in a tree…He stopped (Luke 19). On His way through Samaria a woman at Jacob’s well…He stopped (John 4). All of these stories have one thing in common, someone passionately seeking Jesus.

Have you ever needed Jesus so much that you would climb a tree to see Him? Or shouted at the top of your lungs until He turned to look at you. Many in the world today would tell you to keep it down…lower your voice…don’t make a scene, but they do not understand that Jesus is your all in all, your only Hope, your source of Life. So, believer, what is it that needs attention in your life today? Do you need the “touch” of Jesus? I encourage you to seek Him with all that is within you! Shout to Him! Run, walk, crawl and get to Him! He is the answer and this I know about Jesus, if you are passionately seeking Him…He will stop and “call” you to Him and, after that…well, only God knows.