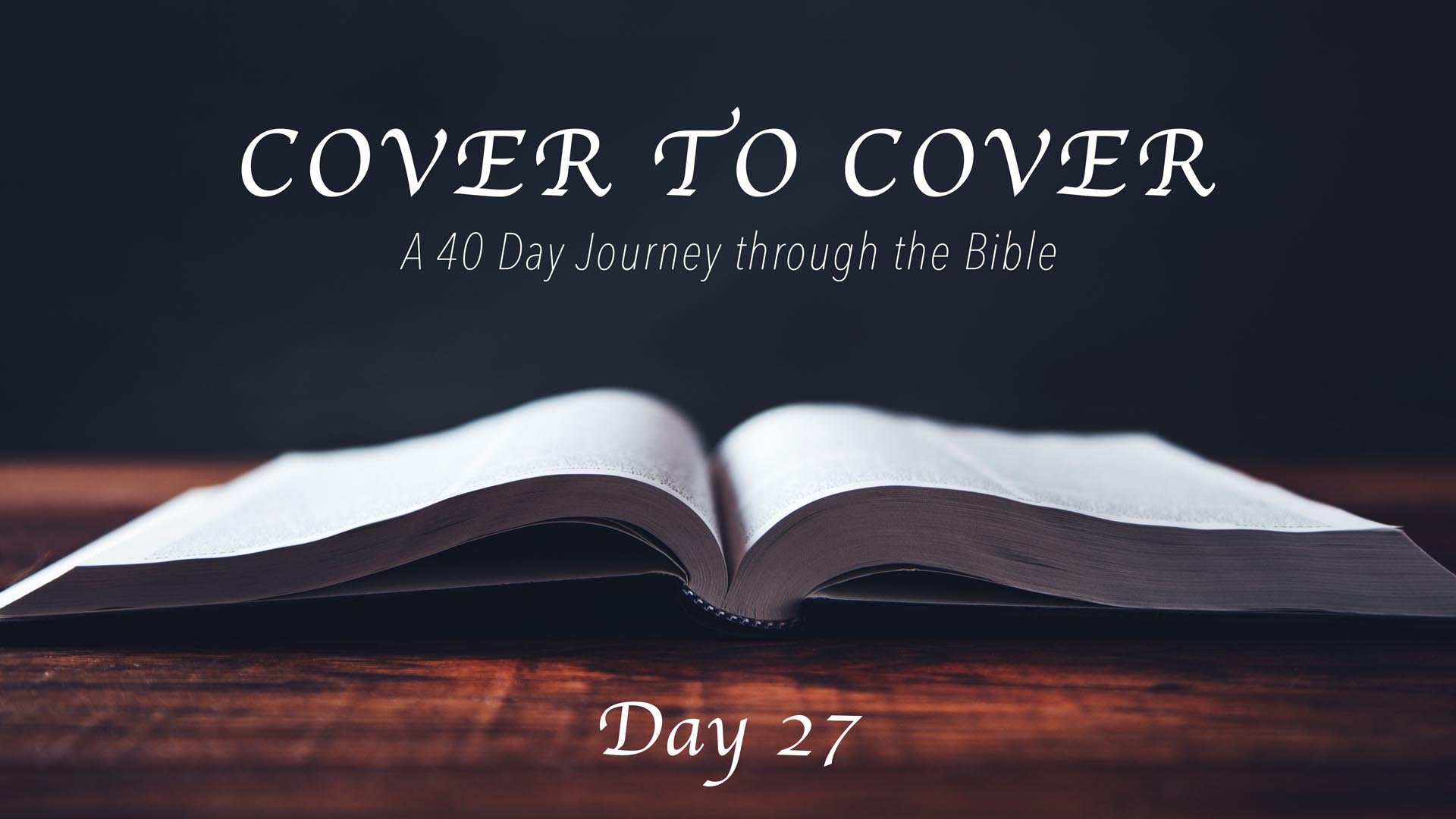 “While walking by the Sea of Galilee, He saw two brothers, Simon (who is called Peter) and Andrew his brother, casting a net into the sea, for they were fishermen. And He said to them, ‘Follow me, and I will make you fishers of men.'” – Matthew 4:18, 19

“And going a little bit farther, He saw James the son of Zebedee and John his brother, who were in their boat mending the nets. And immediately He called them, and they left their father Zebedee in the boat with the hired servants and followed Him.” – Mark 1:19, 20

“As Jesus passed on from there, He saw a man called Matthew sitting at a tax booth, and He said to him, ‘Follow me.’ And he rose and followed Him.” – Matthew 9:9

“The next day Jesus decided to go to Galilee. He found Philip and said to him, ‘Follow me.’ Now Philip was from Bethsaida…and found Nathanael and said to him, ‘We have found Him of whom Moses in the Law and also the Prophets wrote, Jesus of Nazareth…come and see.'” – John 1:43-46

“After this the Lord appointed seventy-two others and sent them on ahead of Him, two by two, into every town and place where He Himself was about to go. And He said to them, ‘The harvest is plentiful, but the laborers are few. Therefore pray earnestly to the Lord of the harvest to send out laborers into His harvest. Go your way; behold, I am sending you out as lambs in the midst of wolves.'” – Luke 10:1-3

We have already seen that the Scripture reveals that God invites His people to be a part of His Kingdom to redeem the world. The Gospels, and specifically the calling of the disciples, reveal to us further that God calls “regular people” to follow and serve Him. We frequently make the mistake of thinking that the 12 Disciples of Jesus were the “super heroes” of the New Testament. Some have even elevated them to Saints and memorialized them in cathedrals and churches with stained glass. To be clear, these initial followers of Jesus were incredible men and women of faith that became leaders in propagating the Gospel in the world. But, the message is not complete if we forget that they were people like you and me. They were the fishermen, the IRS workers, the farmers, the priests, the lawyers, the poor, the rich, and the outcast…regular people. People like you and me.

The choosing of the disciples was not about God finding and picking out the “special people”, it was about God calling “whosoever will” to come and follow Him. The calling out of the disciples is a message of hope to all of us that God reaches out to all of us. He comes to our “fishing boats” and our “work stations”. He commissions us to follow Him in our daily routines. “You’re a fisherman? Fish for me!” “You’re a teacher? Teach for me!”

Too often we see the call of God as asking us to become something we are not. “If I dedicate my life to the Lord He will ask me to do something that I do not want to do” and, He may. However, most of the time God calls us to do what we are wired to do (gifts and talents) but, to do it for His glory. Are you living to God’s glory at your office? Does your online presence as you work from home glorify God? Can you fish, teach, write proposals, attend meetings or cashier at the grocery store to God’s glory? Yes!

“Calling all regular people, with regular jobs, living regular lives!” Do it for God! Paul said it this way, “So, whether you eat or drink, or whatever you do, do all to the glory of God.” (1 Corinthians 10:31). Yes, believer, you are called to be a disciple and you are the answer to the prayers of the disciples before us as they asked the Lord of the Harvest to send workers! Just regular people, called by Jesus to follow Him. So, go and live and work for His glory!